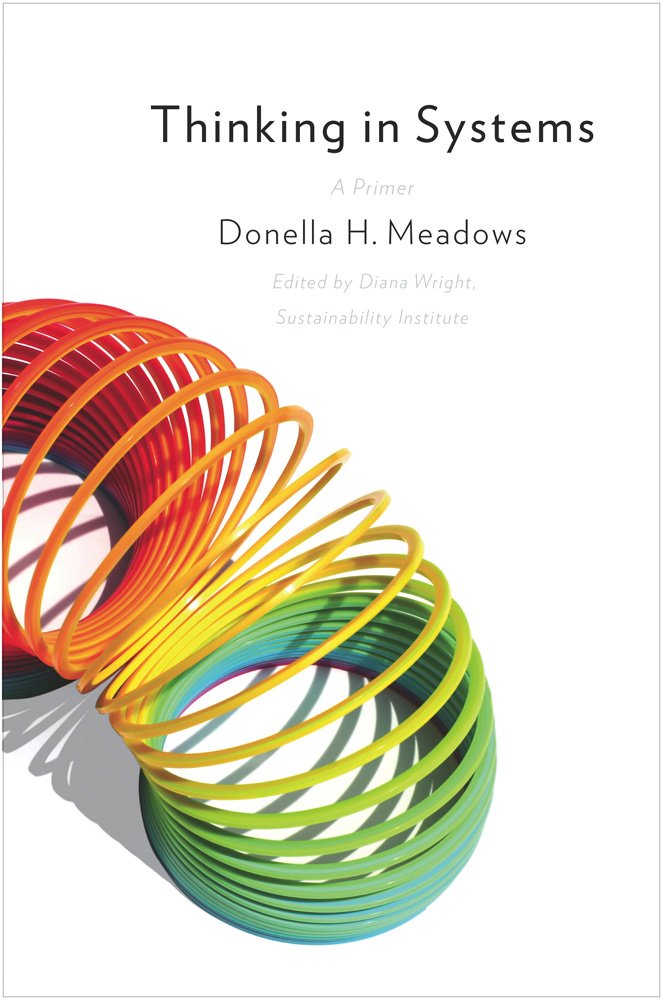 This is one of the best books I read in 2021. I have highlights in most pages, which makes this summary long. Highly recommended for any designer or problem solver.

This book is an introduction about thinking in systems.

Why thinking in systems in important

What is a system?

Parts of a system

To understand a system, one must not only understand the parts, but how they relate to each other:

The book introduces a handy diagram for representing systems. It consists of stocks, flows, faucets, and clouds.

Why systems surprise us

Leverage points: how to affect change

In order of impact, here are the leverage points for systemic change:

Living in a world of systems